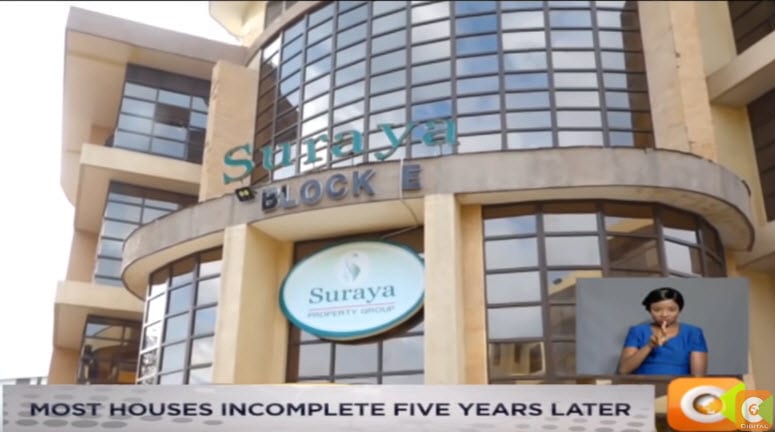 A chinese contractor decided to move to court seeking to possess 10 houses in phase 1 of the Fourways Junction that is owned by Peter Muraya and Susan Muraya. Fourways Junction is located 500 metres from the leafy Suburb of Runda Estate in Nairobi, it overlooks the Northern Bypass.

The court hearing was set in March 2020. China Wu-Yi claims that a deal was agreed with the real estate firm Suraya Property Group and Muga developers to compensate a debt owed to them. The agreement stated that it would be given the 10 houses as part payment. This was owing to its services in the Ksh 1.76 billion project on kiambu road.

However, Suraya denied the claims stating that even if there was a deal to effect, the property is charged to Equity Bank which granted a Ksh 1.76 billion loan, which financed the project. Justice Francis Tuiyott directed China Wu-Yi to present court documents to Equity Bank. He further added that the lender was free to join the case as an interested party. Justice Tuiyott  also said that the injunctions sought by China Wu-Yi can not be fully judged without the collaboration of Muga developers and Equity Bank.

On its side, China Wu-Yi states that they took up a tender advertised for the construction of Fourways Junction phase 1 and completed the job in 2009. The pending document had accrued an outstanding sum of Ksh 166 million in August 2011. The parties allegedly engaged in discussions and it was proposed that the developer pays Ksh 30 million for bill of quantities, an additional 57 million after properties were sold and the balance of Ksh 79 million was to be repaid  by transferring two tulip apartments units and four hibiscus villas to the construction company.

The payment plan was however revised and instead of selling some of its housess to raise  Ksh 57, China Wu-Yi would instead be given more properties instead of the money. The deal consisted of one tulip apartment and three more hibiscus villas. The construction company stated that the real estate company failed to comply with the agreement and only handed over four villas. They further added that the real estate company refused to transfer the titles of all the properties as earlier agreed.

The project manager Mr. Wu Yun, requested the court to persuade the developer to comply with the agreement, which also included the amount due of Ksh 73.7 million and complete the transfer of the properties as agreed. The director of Suraya Peter Muraya, claimed that the advertisement was put in place by Plence Architects Ltd, which was a different firm. He further denied breaching any agreement and said that Suraya could not transfer the properties to the construction companies. He said the arrangement can not be implemented  without involving Equity Bank because the property is charged to the bank.