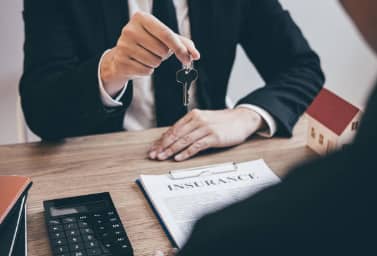 Being a tenant, especially in Nairobi Kenya can be very challenging. For the longest time, landlord-tenant differences have been active, most being due to some fees that don’t seem to make sense. Tenants in Nairobi have been raising concerns on some of these fees, a number having evidence against the charges imposed by their landlords. So if you have been feeling outrageous about fees you’re forced to pay as the tenant, follow me through this article as we go through 4 most used fees to swindle off money from you:

Most tenants in Nairobi are privileged to have a waste collection system in place. However, it’s only a few of the landlords that are genuine on the amount of money their tenants should pay for waste collection. Don’t be surprised when you find out that only a portion of your money has been getting onto the hands of the waste collectors, the rest serving as profits to your landlord. landlord-tenant..

In an interview with the kenyans.co.ke magazine, a tenant in Ruaka explained how he was asked to pay Ksh 200 for garbage but later discovered something interesting. “I noticed that no waste was being collected and a tenant had to personally dispose of his/her waste”. He then notified his fellow tenants in Whatsapp group leading to an uproar, tenants demanding refunds for the past months. He also added that he prefered to purchase his nylon trash bags since it was way cheaper “ it costs Ksh60 for a pack of 50 nylon that can be used over a year”. landlord-tenant

Another tenant also noted in the interview that landlords made profits by asking tenants to pay higher prices for waste collection than the required. This happens at most to new tenants who are not aware of the business.  landlord-tenant

So, how much do you pay for your waste collection?

Any tenant in Nairobi will tell you that rent deposit is one of the must-haves before moving into a new house. What most of them don’t know is that this is a trick that has been used by landlords and caretakers to earn extra cash from tenants.

When moving into the house, the landlord or caretaker will assure you that your money will be refunded at the end of your tenancy in the property. This is where the problem develops. They will never refund your deposit. The landlord will be nowhere to be found until you give up. Some rogue landlords and caretakers will go to the extent of finding an excuse on how your deposit shall be used to cater for some damages you did in the house.

Assurance of security around where one lives is very important to tenants. That is why some landlords try to exploit this need and use it as a form of passive income. While in the high-end areas tenants may pay more than Ksh 1000 as security fees, for those in low-income segment areas may pay up to Ksh 500. But how much are the security guards paid?

The fact is that guard is paid less than you pay for their services. Well, this might not apply to all guards, this is the reality in most areas of the city. The larger portion of the fees you pay for security is usually channelled to your landlord’s pockets.

I once lived in an apartment in Ruiru for less than 3 months for various reasons. One of the reasons I chose to move out was the huge water bill that did not seem to make sense. While I would take my clothes for laundry at a nearby place, I only used water to cook, clean dishes and shower in the morning before dashing for work in the morning. Regardless of my minimal water usage situation, my water bill was Ksh 1500 for the first two months after moving in. This was a red flag for me and I knew something was wrong. While I tried to talk to my caretaker about this, he did not seem surprised. So help me understand, how huge was my body that I used Ksh1500 worth units?

Meters in Nairobi have reported being tampered with, which is a serious crime that has penalties and sentencing when caught.

As discussed in our article on the rights of tenants, once you feel that your landlord or caretaker has been exploiting you, you may report them as guided by the constitution. Do not suffer in silence.

I juz moved in a new house last month and today being end month I got a message from My landlord saying My water bill is 600 ksh coz I used 3 units of water meaning one unit is 200ksh is this fair? Coz am used to paying 100 per unit na saa io ni maji ya borehole apa kasarani