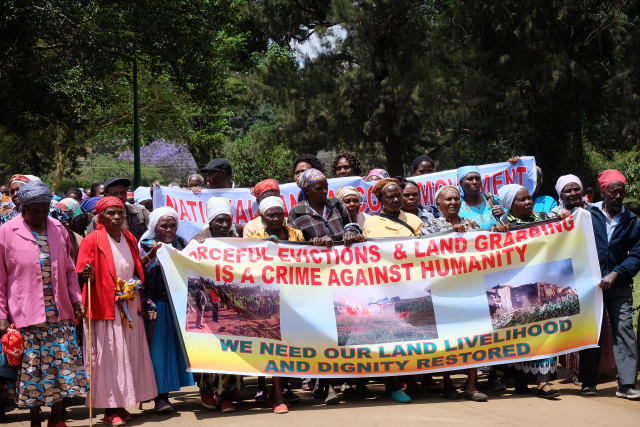 The Anti-Graft  Agency secured a significant victory following a court decision which will allow it to search and seize property under investigation for alleged corruption. The EACC has highly praised the courts for the present-day landmark ruling that will allow detectives to search and seize property without notifying the person under investigation.

The ruling will support the war on crime that has been affecting the country’s well being as told by the Ethics and Anti-corruption commission on Monday.

The CEO Twalib Mbarak said that EACC welcomes sound jurisprudence which increases other progressive interventions in the fight against corruption. The high court ruled that corruption investigations should meet the criteria set out in law as facilitated by the search and seizure warrants. The court said that there will be fair administrative action or to fair hearing.

The search and seizure warrants are not supposed to violate the constitutional rights to privacy.

The court stated that it would defeat the purpose of investigation if the parties are to be notified. The search warrant by EACC to carry out investigations applies to any person whether a public or a private individual working in the private sector in respect of unexplained assets under section 55 of ACECA. In addition, the court ruled further that it is lawful for the EACC to register restrictions and caveats restrictions on property that is subject to investigations. The court ruled that it was a matter at the discretion of the Registrar, as to whether a notice should be served on a party before restriction to property is registered.

A three-headed judge of the High Court bench had affirmed the criminal investigation powers of EACC to include the functions prescribed under chapter 6 of the constitution and any other legislation enacted pursuant to article 252(1)(d) of the constitution.

The EACC had launched investigations against the former Governor of Nairobi Evans Kidero and his associates for suspected unexplained wealth. This was allegedly acquired during his time as the Managing Director of Mumias Sugar Company (MSC) and term as the Governor of Nairobi City. “There have always been many occasions where actions of the EACC have been challenged through Judicial Review Proceedings and Constitutional Petitions,” Twalib said. Kidero had filed the case to block the Anti-Graft Agency from searching or seizing his property in the ongoing investigation into graft allegations in relation to the exercise of investigative powers of EACC.

The EACC will continue to intensify execution of its statutory and constitutional mandate looking forward to strengthening collaboration from all to fight the anti-corruption war, bringing clarity on some of the legal interpretations.