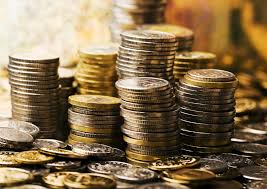 Property owners and developers in Kenya are counting a drop due to surplus of both residential and commercial housing segments, incorporating with credit crux eating away their earnings. The up-to-date market from property firm Dunhill Consulting Limited indicates that values in the country’s property market in Kenya clear-fell by more than six per cent in the past year, swashbuckling hopes of a long-awaited recovery.

The middling rental charges for office space in Westlands, Upper Hill, Kilimani and Nairobi’s Central Business District (CBD) have all stagnated, with some of them striking a five-year low.

Cement production also decreased by 5.8 per cent from 1.55 million tonnes in the first half of 2018 to 1.46 million tonnes over a similar period this year, pointing to a slowdown in construction projects as developers ride out the current surplus.

The cost of building strategies permitted in Nairobi County lessened to Sh48.54 billion in the first quarter of 2019, a 19.2 per cent drop from Sh60.11 billion chronicled in a similar period last year,” explained Knight Frank to some extent.

Rents for key places in shopping malls also decreased by 5.9 per cent in the first half of 2019 to Sh480 per square foot each month. This is as landlords come beneath pressure to appeal new-fangled tenants and hold on to existing occupiers.

These aspects have distorted the market in accord of buyers and tenants, which has been intensified by multinationals on-going to downsize whereas there are smaller number of expatriates relocating to Kenya, resulting negatively on the forte market,” states the report in part.

“Stanlib Fahari I-REIT’s unit price closed at Sh9.20 in June, which was 54 per cent lower than its initial listing price of Sh20.00,” explained the report in some measure.

“Home Afrika’s share price closed in June at Sh0.62, which was 95 per cent lower than its initial listing price of Sh12.00.”