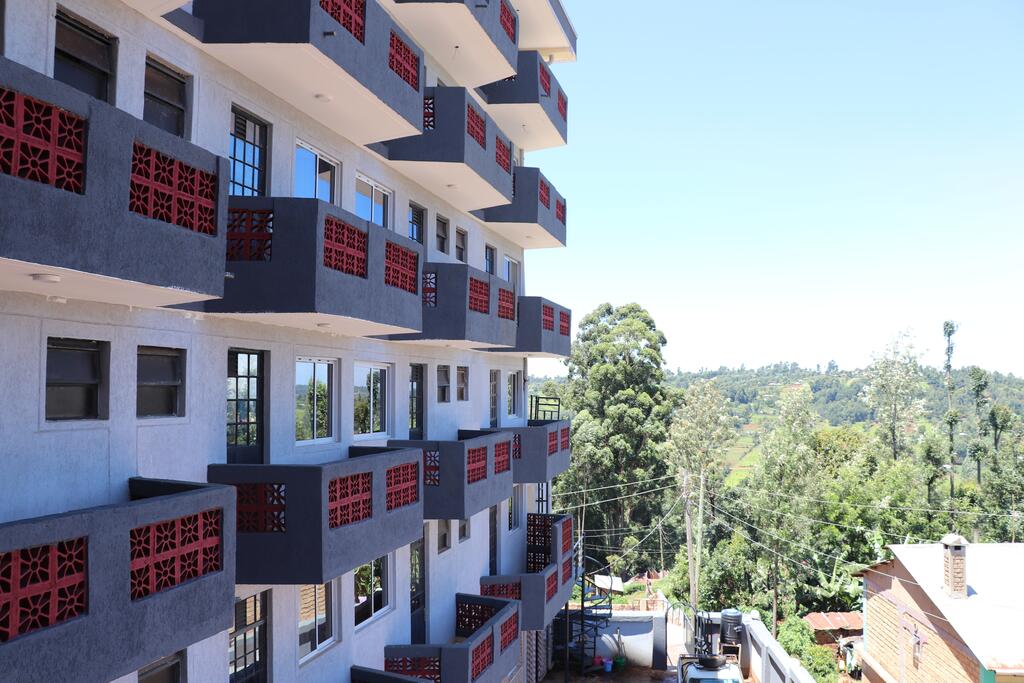 For the longest time in Kenya, Nyamira town has been a town known for only its name, with nothing to show for its reputation. The only thing that was the face of the town where the government offices of the once known as Kisii North.

However, things are changing for the town as many investors have been making moves to start businesses and investing in property development. As a matter of fact, some are even scrambling for space.

Nyamira town is about to change.

So far, apartment blocks are now being developed, some even being completed. These developments are now shaping the rural skyline of the town.

Setting an example to its people, the  Nyamira Governor John Nyagarama has now constructed his rural home at Tente. This was then followed by positive reactions by the residents, some following the suit and setting up their own rural homes in and within the town.

The demand for houses in the area is high, some even booking for units before completion.

One of the chief engineers in the town Mr Kennedy Nyakioga said that they were forced to change the design and purpose of one of the high-profile residential developments to meet the high demand for houses in the area.

“We had reached the second floor of the building when we decided to change it. We realised that people were aggressively looking for houses to rent, and the flow of guests and visitors into the town was not constant,” Nyakioga told Home & Away. “So we decided to change from building a guest house to rental apartments,” he added.

“They built a guest house and completed it before us. We could not compete for the apparently few guests and therefore a change of plan was necessary.”

“Already customers have started streaming in to book the houses. Since the county capital is here, some many civil servants and managers want to stay in good houses. That is exactly what we sought to provide,”

“Nyamira is growing fast and with time we will adjust the prices. Again, in future, we might even change this building to be a guest house because, with the town’s growth, the number of visitors will increase,” Nyakioga added.

However, Nyamira strictly warned against the construction of substandard houses to meet the high demand in the area, asking the National Construction Authority to step in.