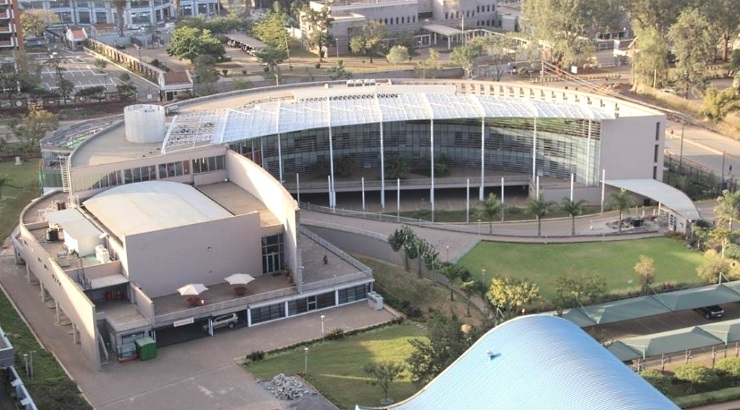 Coca-Cola Plaza, one of Nairobi’s most modern buildings has gone on sale. The three-storey complex covering 116,350 square feet on 3.26 acres of land is located in the Upper Hill business district. The owners of the Coca-Cola Plaza are set to sell the building for a reported Sh 2 billion which would hand Coca-Cola substantial gains considering that the building was built at a cost of Sh 870 million. Designed by GAPP Architects and Urban Designers of South Africa, in association with Triad Architects, the property on Kilimanjaro Avenue in Upper Hill is regarded as one of the greenest buildings in Nairobi. The Coca-Cola Plaza was completed in August 2008.

The three-storey complex has been placed in the market by Knight Frank who invited prospective buyers and  tenants to place bids on or before July 14, 2019. The notice described the property as suitable for a headquarter ‘office campus’ or as an asset management and development opportunity. Coca-Cola Plaza boasts numerous “green” features comprising wide clear windows with a north/south orientation to allow natural lighting to filter in while keeping direct heat away from the building. This eliminates the need for a mechanical air conditioning system. The building is made cooler during most of the day as the Coca-Cola Plaza’s green roof reduces heat gain.

“The Grade A office building with 130 parking spaces is strategically located in the business district, where it occupies one acre with the rest undeveloped. It has a sound-proof auditorium, gym, fitness studies and a cafeteria,” said Knight Frank. The sale of Coca-cola Plaza is in line with a recent trend where companies are disposing of their buildings and renting spaces in alternative locations to unlock capital.

Coca-Cola Central East and West Africa Ltd, the regional subsidiary of the giant US beverages manufacturer, which oversees operations in 14 African countries, has moved to newly built 90 James Gichuru office located in Lavington. The soft drink maker said the relocation of its regional offices is aimed at providing a modern workplace that enhances creativity and innovation among its staff. Regional general manager Ahmed Rady said that the new workstation provides a “more open and less formal” environment for employees as the firm focuses on diversification of products to match the needs of increasingly health-conscious consumers.

The shift is meant to redefine the working space and give its employees the best work experience. Ahmed said the company opted for a new office because it was looking for a work station near residences and social amenities such as schools, restaurants and shopping malls. The relocation whose planning started in 2016, means that the soft drinks firm has started paying rent after 10 years at the Coca-Cola Plaza.

“It is true paying rent is costlier than being in our own building. But i think that with the space we have found, the right decision was to go into renting because this is one place that fitted all our criteria. It’s a costlier decision than renovating our office, but it was the right thing to do if we want to transform the place where we work,”said Ahmed. The restructuring of Coca-Cola beverages in Kenya is shaping up with the completion of acquiring franchise and sale of its head offices in Upper Hill. The firm on 15 May 2019, opened a Sh 7 billion juice processing plant in Nairobi with a production capacity of 28,000 bottles per hour using a hot-fill technology in line with its strategy to become a full beverage company. It remains to be seen how much the bid price will be on the Coca-Cola Plaza.