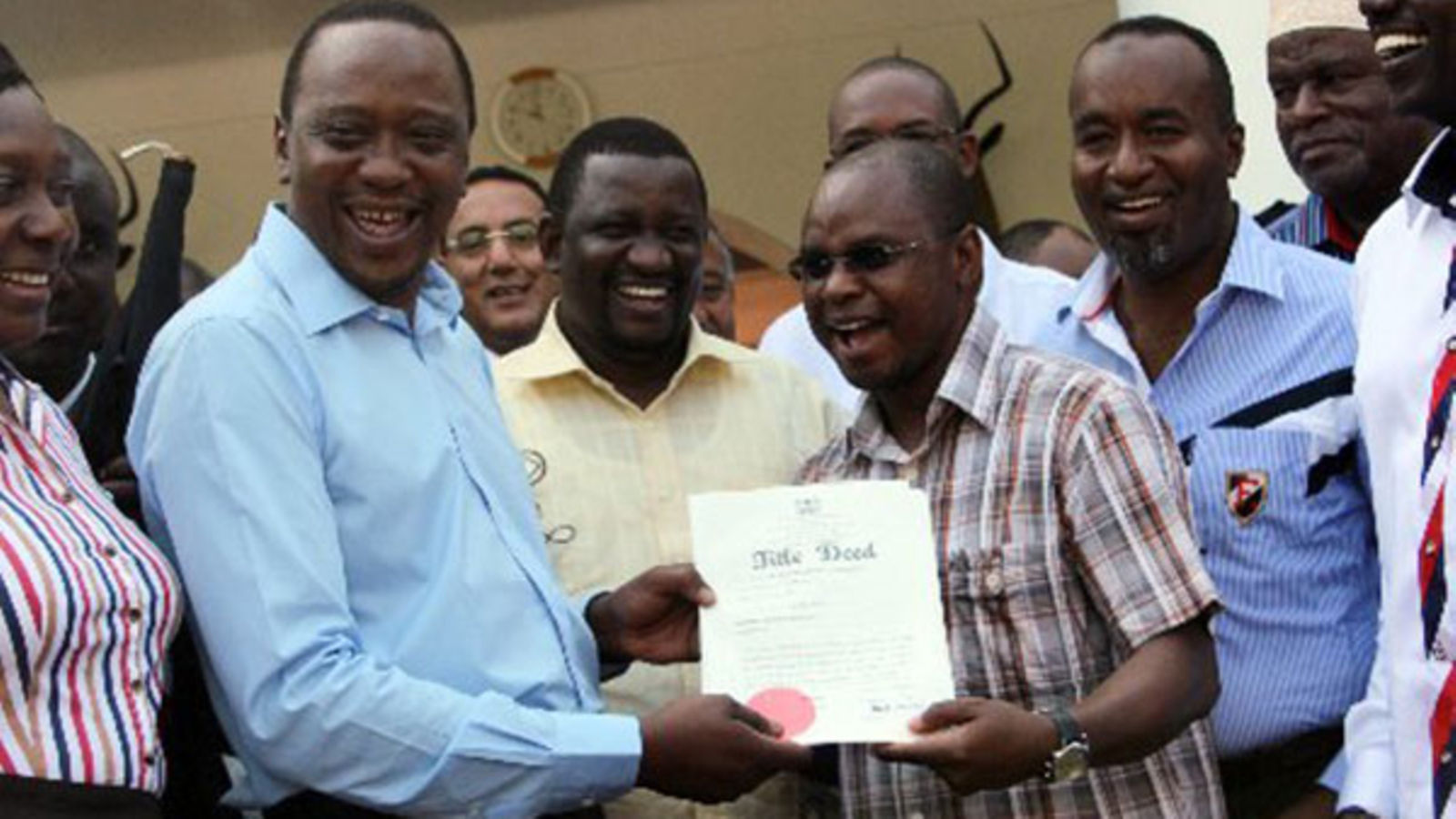 The government is set to issue 18,000 title deeds to landowners in different settlement schemes in Nairobi beginning next month. Nairobi Metropolitan Services (NMS) in conjunction with the Ministry of Lands will undertake a joint program to fast-track processing, registration and issuance of land titles to property owners in the city. The joint program will target landowners in an informal settlement in Nairobi. The two governments will process tenants purchase schemes, site and service schemes, land buying companies, county allotted properties and other scheme owners free of charge.

The venture will bring the total number of title deeds issued to landowners in Nairobi in the last two months to 56,000. This is after President Uhuru Kenyatta commissioned the issuance of another 38,000 title deeds to shareholders of the Embakasi Ranching Company, Tassia Settlement and residents of Mbagathi and Korogocho informal settlements late August.

Speaking at the Kenyatta International Conference Centre (KICC), NMS Director-General Abdala Badi said that the program is targeting 21 wards in the informal settlements sections in Nairobi. Mr Badi said the title deeds being issued to landowners in the city will help unlock the city’s business and investment potential. Farida Karoney, Land Cabinet Secretary said the government was focused on solving the issues that have affected the land sector in Nairobi. She cited succession and lack of original documents as a factor inhibiting the issuance of title deeds to rightful landowners.

“A lot of capital is locked up inland in Nairobi and without title deeds, the owners cannot enjoy its benefits. In this new phase, we will work with the NMS to issue 18,000 title deeds to landowners in different settlements in Nairobi beginning next month,” CS Karoney said. This will be the second issuance after 2,100 titles were issued by NMS in Nairobi, as part of President Uhuru Kenyatta’s Nairobi Titling Program Launched in 2018. The land ownership documents were issued to residents of Kayole, Dandora, Mathare and Kariobangi estates among other neighbourhoods in the city’s Eastland area.

“We have waived all fees, including survey fees and we urge landowners to take advantage of this moratorium given by the President to document their land,” CS Karoney said. She announced that the ministry will waive all fees on lands for the 15 sets and service schemes on the county government allotted lands and tenant purchases. These will include rates owed to the county government of Nairobi and rents owed to the national government. The move is aimed at easing the burden on landowners and to ensure faster processing of title deeds. Landowners will be required to present the original allotment document, two recent colour passport photos, a copy of National Identification Card (ID), a copy of KRA PIN Certificate and Clearance Certificate to allow for the processing of their title deeds.