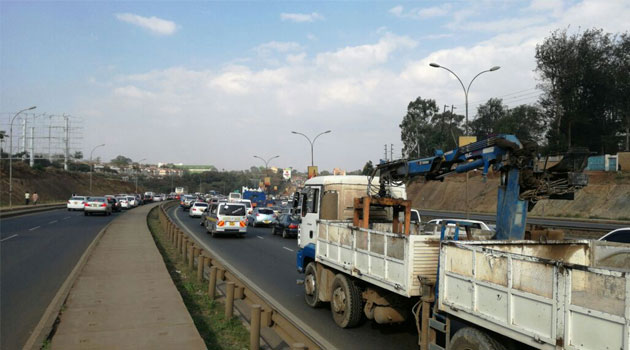 New infrastructure developments in Mombasa have increased the pace of property value growth in the region, thus leading to a windfall for investors. Mariakani in Kilifi county is the new frontier for the property market at the coast. The region is 36 kilometres west of Mombasa and is accessible through the Mombasa-Nairobi Highway. Upcoming projects in the coastal town have opened up the region which is mainly occupied by warehouses, container freight stations and low-cost houses to other types of real estate development.

In recent years, the north of Mombasa has been the centre of attraction for property developers in Nyali, Utange, Mtwapa, Vipingo and Kikamba. In the north of Mombasa, the land prices are very high. A plot of land 50 by 100 feet with a ready title is priced at Sh2 million and above. While in Mariakani a plot of land 50 by 100 feet goes for between Sh350,000 to Sh500,000.

In 2016, President Uhuru Kenyatta launched the expansion of the roads around Mombasa west, connecting Mariakani and the Dongo Kundu Bypass. The road is 17.5 kilometres from Miritini at the mainland west of Mombasa to Ngombeni in the South mainland. The Dongo Kundu Bypass linking the South and North coast incorporates the Mombasa free trade zone, which is aimed at decongesting the city. Phase two of Dongo Kundu bypass that connects west of Mombasa to the south, without going through Likoni crossing channel, has already started.

The expansion of the road from Changamwe roundabout to Mariakani which is prone to traffic snarl-ups is already in progress. The Kenya Revenue Authority (KRA) is working on the intersection at Changamwe round-about. According to some developers, Mariakani will be a hot cake for real estate development. The projects have established a newfound interest as investors and real estate developers are trooping to Kilifi County to buy land and construct houses.

“Mombasa’s population is growing and the demand for housing has not been met. This has led to a spillover of the housing supply to Kilifi County through Mtwapa and Mariakani area,” said Moses Munga, Chief officer of Kilifi Physical Planning, Urban Development and housing. He added that Mariakani is growing as an industrial urban centre which has attracted industries, transport firms and warehousing developments

The cost of land in Kilifi County has seen affordable homes coming up that are targeting middle-class citizens. The availability of raw materials for construction and the affordable cost of land are some of the reasons investors are eyeing Kilifi County as an investment destination. The land in Kilifi will soon drastically appreciate as the region is on its way to becoming a major residential area for Mombasa people. However, other developers have said growth and return on investment on rental income is slow. According to the county official, Mtwapa and Mariakani have integrated sustainable urban developments allowing controlled development in the region.