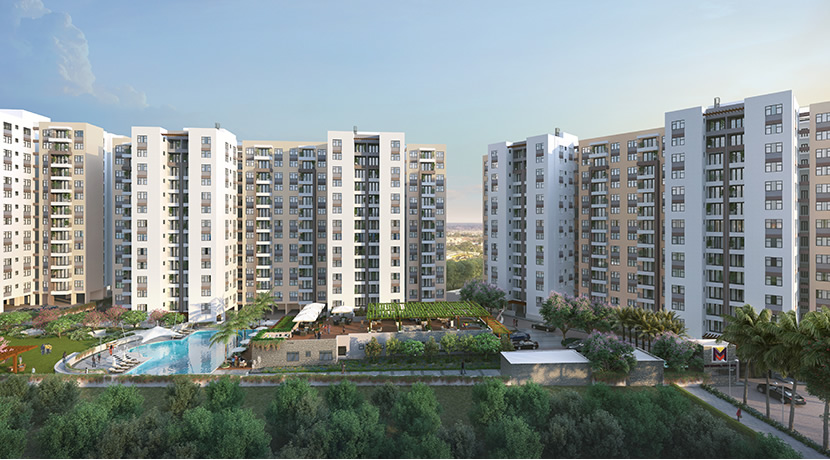 Shapoorji Pallonji Real Estate (SPRE), the real estate arm of one of India’s largest conglomerates entered the Kenyan market with plans to build a multi-billion shilling estate in Nairobi. Mi Vida is a new residential developer created through a joint venture between Actis, a leading growth markets investor who has been active in the region for over 70 years and SPRE. Mi Vida was officially launched in July 2019 in a bid to address the shortage of affordable middle-income housing units. The project aims to deliver a minimum of 3,000 middle-income housing units over the next five years.

The Mi Vida will Homes project at Nairobi’s Garden City Mall on Thika Road will be developed through an Sh12 billion fund established by Shapoorji Pallonji and its partner Actis. Nairobi County government finally approved the Sh6.5 billion residential property development, eight months after it was introduced. This was due to delay by Nairobi County in approving its architectural plan. The Mi Vida project comprising a mix of one, two and three-bedroomed apartments totalling 628 units will be set on three high-rise buildings of 13 floors. The project is sitting on 4.5 acres next to the Garden City Mall and the Garden City Business Park.

UK Equity Investor Actis is building an Sh54 billion business park adjacent to Garden City Mall. The facility offers 25,000 metres of office space, two hotels, a healthcare facility and more than 400 mid-markets homes. The Entry of Shapoorji Pallonji in the Kenyan real estate market comes at a time when foreign investors are expressing their interest to take part in the state-backed affordable housing scheme that aims to deliver up to a million low-cost houses across the country.

The Mi Vida Homes project will be completed in three phases. The first phase includes the construction of a block rising 13 floors with a total of 208 one bedroomed, two bedroomed and three-bedroom units. The segment will be completed in 26 months. The houses started selling off-plan at Sh6.9 million increased to 9 million attributed to growing buyer demand for one bedroomed unit, two bedroomed units are selling at between Sh11 million to Sh13 million, while the three-bedroomed units are starting at Sh15 million. Mi Vida is a Spanish term that means ‘my life’.

“We finally got our approval from the county authorities, it has been a long wait but we assure our clients that construction will be completed on schedule,” said Chris Coulson, the chief executive at Mi Vida. The project has since sold 93 units off-plan in phase one, mostly being one-bedroomed units by investors-buyers. SPRE chief executiveVenkatesh Gopalkrishnan said that the project is not relying on off-plan sales or lenders for funding but they seek to stick to project timelines.

The Mi Vida Homes delay reveals the challenges many developers face in Nairobi. Several large-scale real estate projects are stagnated due to construction permit hitches. According to the Kenya National Bureau of Statistics, the value of approved housing projects dropped by Sh69 billion to Sh141.27 billion in 2019, while representing a 32.8 per cent decline from Sh210bilion a year earlier. A similar delay has disrupted the planned Sh5 billion 44 floors high-end residential development known as 88 Condominium apartments in Upper Hill. The 288 luxurious units will comprise one-bedroom and two-bedroom fully furnished executive units, two-bedroom VIP units, four-bedroom duplexes and penthouse apartments. Apart from approval delays, the real estate sector is experiencing a difficult period affected by lack of credit for both buyers and developers, as well as a tough economy leading to a lack of capital.

Please send details on my email