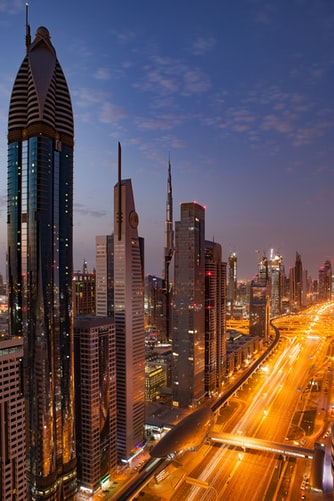 What Kenya’s city can learn from Dubai’s property sector

In 1970, Dubai began to change mainly thanks to the oil boom. Several decades later Dubai’s real estate has significantly transformed into a modern metropolis. However, Dubai’s real estate market has slowed down since 2014, when the oil prices began to drop. Since the dop in oil prices, the commercial centre of the Gulf state has suffered a prolonged slowdown, leading to a cut spending and  low consumer confidence. In addition, there have been huge concerns attributed to an oversupply of properties. Dubai announced plans to prevent real estate developers from flooding the market with properties. The move is aimed towards stepping up efforts to curb a drop in price.

Sheikh Mohammed Bin Rashid Al Maktoum ordered the formation of a committee to evaluate the real estate construction requirements and restriction of construction if viewed as necessary. A new committee for real estate planning, comprising state-backed developers; Dubai Properties, Nakheel, Emaar and Meraas. They will be given the responsibility to better coordinate the supply and demand of properties in the Emirate.

The committee will be chaired by Sheikh Mohammed Bin Rashid Al Maktoum, Sheikh Mohammed’s son and deputy of the government. They will regulate and control the pace of the project. They will also avoid competition between large developers and smaller private-sector developers. The decision is aimed at increasing the competitiveness and highlighting the attractiveness of the real estate sector in Dubai. The committee also aims to study the needs of the real estate market, in order to ensure that projects are not duplicated. The higher committee for real estate planning will develop an integrated plan for the real estate sector to regulate and control the pace of projects.

The move will have an impact on Dubai’s residential market. The first half of 2019 saw the completion of 21,000 units and 38,000 more had been scheduled  for completion by the end of the year. The construction companies have reduced construction by 80 percent, while some have stopped completely. But it would take several years to soak up the glut even if the government companies were to halt all new supply of properties immediately.

The same factors that made Dubai flourish are present in Narobi being a city with a pro-business environment. Reports from the World Bank and the Central Bank of Kenya, revealed that the real estate in Kenya grew by 10 percent to 20 percent between 2005 and 2010, sustained by an expanding middle class. The competitiveness in Nairobi being a key factor in the real estate sector, saw developers out-perform each other to build high-rise apartments in areas like; Kileleshwa, Kilimani, Lavington and other dwelling residential areas.

In 2016, The government enacted legislation to cap interest rates supposedly to allow more people to access loans. Lenders saw it beneficial to conduct business with government papers that offered guaranteed returns. Developers began projects that required more credit either to start or for completion. Realtors agreed the situation has created an oversupply in some areas of Nairobi. The oversupply in Nairobi is not because there is lack of supply but due to little access to credit by most buyers. Statistics have shown that there is an annual shortage of 200,000 housing units against an annual production of 50,000 housing units, with a thousand catering for the lower segment of the market. Meanwhile, there is still demand in the affordable housing sector. It will be key to finance developers and prospective homeowners in this segment.