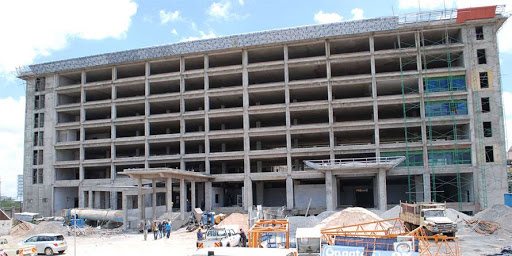 A majority of Kenyans are in for a shock following the implementation of a new law that requires all developments to be completed within five years. Most prospective homeowners in the country opt to build their homes in stages while using cash savings as they try to get around the high mortgage rates. This method of development, at times, delays the completion of certain projects by up to ten years or more because of limited financial resources in the course of such construction. Moreover, it is common to see several under-construction bungalows and maisonettes that are not completed in various estates in Kenya.

According to the Physical and Land-use Planning Act 2019, it is now mandatory that once a developer has been approved by the county government the construction must begin within three years. The new law also mandates counties to impose penalties or conditions on applicants who fail to complete their projects within five years. Real estate developers will be judged to have committed an offence if they start construction before development permission has been issued, modified or has been revoked. At the same time, it will be illegal to carry out any form of business in an incomplete building. The law states that a person commits an offence if that person – (a) uses or permits to be used any land or building in violation of any conditions imposed by a County Executive Committee member when granting development permission.

At the same time, if an applicant who has been granted development permission has not started the proposed project within three years, failure to start that permission shall lapse. The new law has received some backlash from a section of Kenyans who see it as unrealistic, while others fear that it will hinder cash-strapped developers and stagnate housing development in the country.  Other individuals feel that the law is a scheme to force people into taking bank loans to complete their projects on time. According to David Gatimu, an official of the Town and County Planners Association of Kenya, the requirements that projects must be completed in five years may not be applicable in all cases.

Under the new law, licenses shall not be granted to facilities whose development permission has not been granted by the CEC. The law further provides that a County Executive Committee member may extend development permission in the case of an application by a period of one year if the CEC determines it is necessary to grant the extension and may impose further conditions on the applicant.

Farida Karoney, Lands Cabinet Secretary said that the overall aim of the Act is to give effect to the constitution. The law now mandates the counties to plan the land while the national government will provide oversight to ensure there is a national policy. She further added that the law will organise land use better in all counties. The law has also created a new institution, Director General of Physical and Land Use Planning and the office of the County Director of Physical Planning. There are fears among some developers that the introduction of a new development levy may increase the cost of construction as funds will be pooled and used for social amenities such as land.

The law also provides that an individual who starts construction of any building without obtaining development permission will be committing an offence and is liable on conviction to a fine not exceeding Sh500,000 or jailed for a term not exceeding two months. The Act further mandates the CEC to demand that a person who has started a development without obtaining permission to restore the land to its original condition within 90 days. If the developer fails to restore the land, the CEC may undertake to restore the land and shall recover the cost of restoration from the developer. Also, some developers and prospective homeowners suggested the implementation of new policies to prevent delays in securing licenses after receiving development approval.