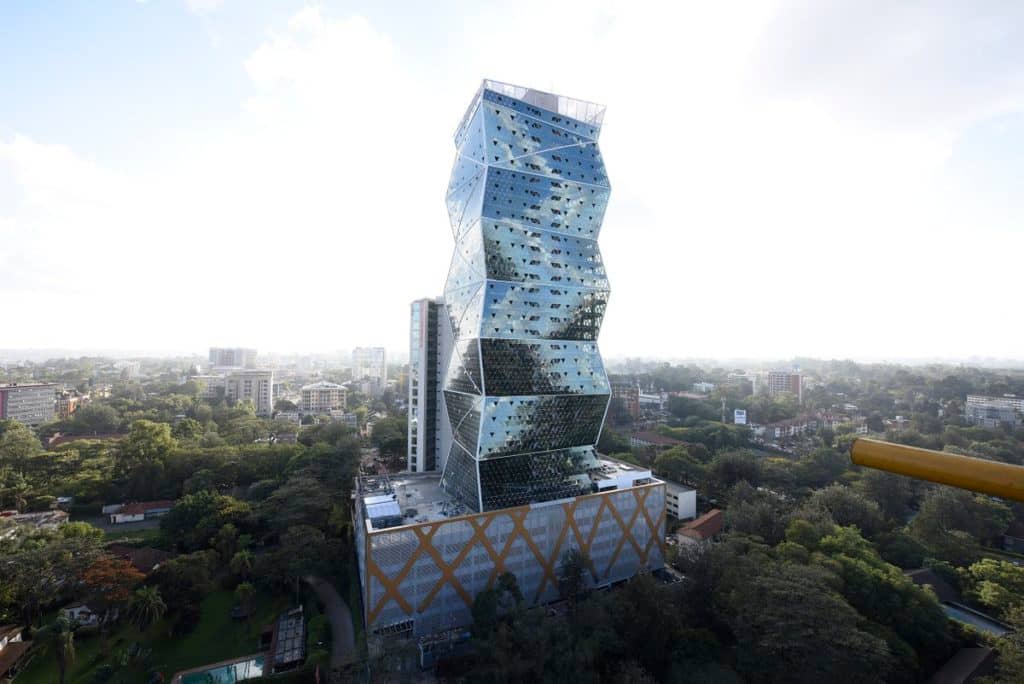 August 2018 saw the opening of the iconic Kings Prism Tower with the perfect office space in the Upper Hill region of Nairobi. The 34-story building’s opening was seen by President Uhuru Kenyatta and declared ready for let.

The building is situated along Ngong Avenue in the most well-connected Upper Hill business district of Nairobi.

Two years later, however, the 133-meter high building remains an unfilled shell that no tenants want to occupy. By February this year, the building was yet to get a willing tenant to take up one of the spaces.

The disappointments by this exquisite building to pull in occupants has been pointed to the problematic waters that the real estate industry in Kenya has been experiencing. According to property supervisor Knight Frank, the decline in office up-take and stagnation of rental prices is mainly credited to the continued oversupply of business space in certain areas and the economic slow down due to the pandemic.

The Prism is a Grade A building meaning it has one of the highest quality and attractive to even the multinationals. Reports have it that the building has the modernist architecture and the latest services, having been built not more than 5 years ago.

Upper Hill is known for hosting some of Kenya’s most modern and tallest buildings.  It also happens to be the location where the tallest building in Africa is being developed. The building is expected to stand as  1,000 feet, have 70-story, 11 stories offering Grade “A” commercial offices covering 75,000 square feet and lavish apartments on more than 40 stories.