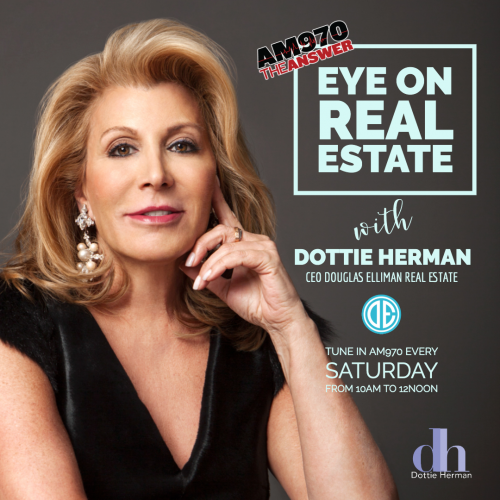 Every successful person has a  painful story behind it. For the richest real estate lady, Dorothy Herman, her path to riches included dealing with childhood traumas and having to raise her siblings at a very young age.

Dottie(her nickname), has been on the list of Forbes annual richest self-made women, not once, with an estimated net worth of $270 million. Her journey in the real estate industry started back in the 1990s as a broker then later started building with first PrudentialLong Island Realty.

In one of her interviews with Forbes, Herman said that “You have to be passionate about what to do. Not that I grew up and wanted to be a real estate person. I didn’t. But opportunity presents itself and I think most people don’t take advantage of it or they’re afraid to. They are afraid of failing. I was not,”

The 67years old has made riches selling multi-million dollar homes to New York’s elite in the Hamptons and Manhattan. Later, Dottie climbed into the pinnacle of the real estate industry when she became the CEO and co-owner of Douglas Elliman, the third largest real estate in America. Dottie led the company in selling $22 billion worth of homes in 2015, making a profit of $600 million in sales. The company is also known for creating job opportunities to over 6,000 agents across 85 nations in the world.

Howard Lorber, Herman’s business partner and the CEO of publicly-traded holding company Vector Group, was the person who bought Douglas Elliman for $72 million back in the year 2003. Back then the company netted $100 million in sales having sold $4 billion worth of homes.

One of her activities in the real estate sector is her partnership with Knight Frank’s outfit in London to attract international buyers. Dottie has achieved multiple awards, her company being the biggest in New York City.

However, Dotties’ life has had its ups and downs. When she was 10, her family was involved in a car crash while heading back from a vacation in Vermont. In the accident, she lost her mother and left her father disabled. Herman then had to deal with seizure for the next few years after being thrown out from the car during the accident.

No matter the hardship Dottie faced after the death of her mother, she chose to press on while taking care of her younger siblings and looking after her father who was still recovering. “You can either be a victim or you can take a day or two, cry, and then get back in the game,” she said.